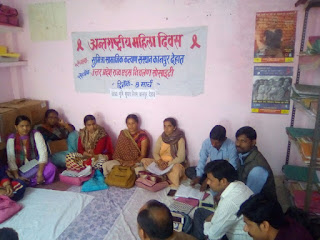 Posted by Sumitra Sansthan at 8:00 PM No comments:

Posted by Sumitra Sansthan at 8:00 PM No comments: 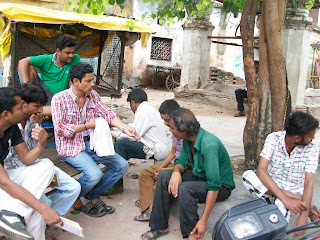 Posted by Sumitra Sansthan at 12:08 PM No comments:

Posted by Sumitra Sansthan at 12:04 PM No comments: 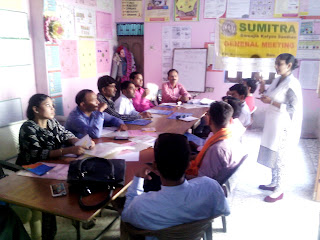 Posted by Sumitra Sansthan at 1:21 PM No comments: 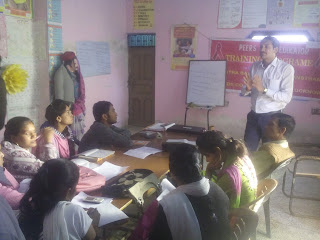 Posted by Sumitra Sansthan at 12:53 PM No comments: 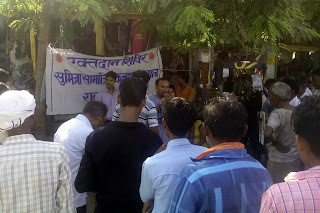 Posted by Sumitra Sansthan at 8:05 PM No comments: 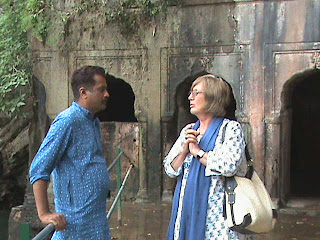 Posted by Sumitra Sansthan at 4:10 PM No comments:

Posted by Sumitra Sansthan at 9:48 PM No comments:

Posted by Sumitra Sansthan at 11:16 AM No comments:

Sumitra was initiated by group of social activists & professionals with a mission to stride social, economic and political change in the lives of people. It has started its operation in early 90s and contributing in the developmental processes with a vision to build a society where all people can gain access to education, health care, credit, and livelihoods opportunities and where all people can realize their full potential.

Sumitra follows rights mode and service mode of work in such a way that community groups can exercise their rights & entitlements with dignity & self-respect. Sumitra strongly work for empowerment of socially & economically underprivileged community groups with inclusion & gender perspective.

• Self Help Movement by promotion of Self Help Groups, Federation & Cooperative structure

• Promotion of Need Based and Local Resource Based Livelihood

• Promotion of Self-governance through PRIs strengthening

Key Contribution and achievements in the past....

In the last 12 years, Sumitra has made satisfactory progress in enhancing the potential of poor & marginalized community groups, addressing the food security, drought issues, livelihood, domestic & women violence, NREGA, Entitlements & Social Security Benefits issues and forming & strengthening of community based structure including Self Help Groups. During its course of intervention Sumitra has benefited larger poorer community groups and impacted in their lives. Following are the key achievements of the organization, which Sumitra has gained due to encouraging and overwhelming support of the community groups & leaders, service providers, line department functionaries, administrative functionaries, media functionaries and like minded NGOs / CBOs groups...

• Formed 242 SHGs with 3282 Members with total saving of Rs 13,17,530 and trained them on basic SHGs management & micro enterprises including on farm & off farm income generating activities –

• Raised high level of awareness on domestic violence and women & gender development by being a members of SAMAAN network supported & facilitated by Oxfam India Trust in 66 villages of Hamirpur District and raised 50 cases related to domestic violence and exploitation, in which 12 has come to logical end of justice

• Supported AROH campaign of GEAG, Lucknow for recognizing women as farmers – the campaign was supported by Oxfam India Trust

• Drought & livelihood campaign under the banner of Adpda Nivarak Manch in 15 gram panchayats of Rath, Gohan and Sarila block of Hamirpur district of Uttarpradesh

• Sumitra has taken up the issues of farmers’ suicide cases and starvation death cases and builds pressure on local, block, district and regional level functionaries for better implementation of government programmes

• Implementing NREGA awareness programme with the support of DRDA, Madhya Pradesh in 105 villages of 75 gram panchayats in Nawgaon block of Chattarpur district of Madhya Pradesh

• Sumitra mobilized media groups, political groups and other civil society groups and seek their solidarity for cause promotion

Geographical Areas - Sumitra is working in Bundelkhand Region of Uttar Pradesh & Madhya Pradesh. Sumitra has reached to 6000 families in 110 villages of 70 Gram Panchayat of 8 blocks in two districts. At present, Sumitra operate from Rath, Hamirpur. Sumitra is also running programme office in Nawgaon Block of Chaatarpur District of Madhya Pradesh.

Sumitra is uniquely positioned to be able to carry out the livelihood promotion of people by supporting PAMET – PARYAVAARN MITRA ET through Resource Centre. Currently, this livelihood intervention is providing wage employment to 30 people (all are belongs to SHGs families) and doing business of Rs 15,00,000 yearly.

In the past, Sumitra has worked for enlarging poor people’s choices and making developmental processes more democratic and participatory. Under PACS programme it has widen the choices of the poor by capacitated them around their rights & entitlement. The result being strengthened capacities of people’s groups to secure their rights and entitlements. The intervention has also legitimized the community based structure of SHGs / Federation.
Sumitra believes that collectivization of women members can get legitimacy through registration of a federation. This will also help the organization to develop their managerial capacities and transfer the management of the programmes as sustainability & exist plan. Accordingly Sumitra has formed 42 SHGs with 882 members in the PACS programme and registered Cooperative named Sumitra Adoyogig Sahakari Samiti (cooperative) with 210 members. Sumitra has also played facilitation role in formation of Sumitra Jan Shakti Manch with 12 governing body members and 1000 members, which is people’s organization. Sumitra Jan Shakti Manch came up as a result of Civil Society Organization action in the field and in particular building the capacities of the people to take appropriate action for their development. It is creating access to rights / entitlements and linkages with welfare schemes / social security benefits. It is also putting the development need of the village, and participating in gram Sabha meeting.

Sumitra’s promoted SHGs is currently managing Mid Day Meal programme and earning income by undertaking MDM programme in respective primary school. It is providing regular source of income to SHGs members. SHGs were also instrumental in taking up the NREGA programme in their respective villages.

The organization has worked with the community groups like Manual Scavengers, who comes in the lowest social ladder and rehabilitated them with dignity. This is matching with organizational approaches of working with socially excluded community groups with focus on person livening with HIV / AIDS, Person Living with Disability.

• Sumitra belief in leveraging funds and entitlements for the poor and excluded community groups from the state. In this direction, Sumitra has implemented following government programme and benefited large number of poorest community groups...

• Sumitra is implementing NREGA Awareness Programme with the Support of DRDA, Chattarpur

• Sumitra has constructed toilet with the support of district agency

• Addressing women atrocities as one of the Network Partner of SAMAN, Bundelkhand – SAMAN is a issue based Networks of NGOs / Activists working in the Bundelkhand region of Uttar Pradesh & Madhya Pradesh

• Sumitra intervention as network partner of SAMAN helped in Reducing Atrocities on women & adolescents in Hamirpur district. Sumitra has approached 66 villages and created mass awareness on domestic violence and women atrocities issues. It has undertaken 50 such cases and addressed 12 cases to its logical end.


• Sumitra was also associated with WE CAN campaign and sensitized youth & adolescents on Women Violence issues. In this campaign Sumitra has targeted colleges / school and organized series of meeting and

• Carried AROH CAMPAIGN for recognizing women as farmer in Hamirpur district of Uttar Pradesh. AROH is a campaign for respecting the women contribution in agriculture and safeguard their rights & entitlements. The campaign is being supported by Gorakhpur Environmental Action Groups, Lucknow and funded by Oxfam India Trust. Sumitra has actively supported AROH campaign and mobilized women farmers around the issues.

• Sumitra has witnessed the different programmatic activities under the banner of Apda Nivarak Manch and addressed the issues of drought, farmers’ suicide, starvation death issues in Hamirpur district of Uttar Pradesh. It has strength the Apda Nivarak Manch intervention in 15-gram panchayats of Gohan, Rath and Sarila block of Hamirpur district of Uttar Pradesh.

• As network partner, Sumitra has improved the economic base of the community groups by mobilizing NREGA – Sumitra was one of the strong network partners of ActionAid International India in implementing Rojgar Haq Abhiyaan Yatra. Sumitra has covered 8 blocks in Chattarpur and Hamirpur District and brought momentum in NREGA programme. The villagers started getting Job Cards and Wage Work under NREGA. The community groups also started demanding and asserting their rights with exclusion & gender perspective.

• Improving the social and economic status of Manual Scavenger community by undertaking the GARIMA ABHYAAN as campaigning process – Garima Abhiyaan was campaign promoted by ActionAid International India for a dignified rehabilitation of person involved in manual scavenging. Sumitra has carried the GARIMA ABHIYAAN Campaign in Hamirpur district and rehabilitated 60 Manual Scavengers families.

Sumitra is in a position to guide and enable sustainable livelihood promotion for the community groups by its Resource Centre and Strong Membership Based of SHGs / Federation. The organization will progressively work in networks and alliances striving to create synergy and solidarity to take the work forward. In the coming days we will engage with specific categories of socially excluded poor people and their movements.

• Findings out new opportunities for strengthening its Water, Sanitation & Hygiene campaign, which was earlier limited to awareness drive and construction of toilet with the support of district administration. The organization will take up integrated water resource management issues, water-livelihood linkages, links between poverty and water with exclusion and gender perspective. Sumitra intends to foster inter sector dialogue at block level and district level with education, health, nutrition and other departments such as forestry.

• Intensively carry forward the HIV & AIDS Awareness drives and empower person living with HIV and AIDS to protect them from violence, freedom from stigma and discrimination

• Strengthening is base of Mass Based Movements for accessing services –Health, Drinking Water, Education, livelihood, credit and hold the state accountable for non-accessibility of basic services by the poor and excluded through social audit, public hearing etc

• Strengthen the GOs – NGOs partnership in newer approach and strategies. The focus will be given more on building institutional linkages and demanding transparency & accountability with service providers, line department functionaries and administrative forces

• Promotion of girls’ child education and making school functional and enabling children who are presently out of school for social, cultural, economic, and political reasons, to enroll in formal schools and engage in learning

• Strengthen womens’ collective to challenge social processes, laws, institutions at the local and district level and linking them with existing women’s movement

Other than programmatic intervention, Sumitra will also build the capacities of staffs and volunteers associated with the organization.